At 541.32 metres (including the top), the skyscraper built at Ground Zero is now the tallest building in the United States. The tower's height of 1776 feet commemorates the Declaration of Independence in 1776, the symbolic site of the twin towers of the World Trade Center until their destruction in 2001. The official name of the building is identical to the address. The reconstruction plan was under the name "Freedom Tower". While the builders kept the old name for the new building, many Americans still prefer the name Freedom Tower, also in memory of the old towers.

Waterproofing at a height of 417 metres

The challenges of waterproofing tall buildings increase with height. The work on the roof at 417 metres was unique. In most new buildings, the building envelope is completed first, including the roof. In this project, the approx. 1,765 m² square main roof was at the end.

The tender for the waterproofing work was won by The Jobin Organization, a long-time certified KEMPEROL® installer. Founded in 1968, the company is one of the most important providers of roofing and waterproofing work in the New York region. Steve Guarino, who coordinated the work for Jobin, describes a special experience working on this iconic structure: "A billion eyes watching you."

Crucial to winning the tender were several hundred penetrations and connections to steel structures. "There were no areas larger than three square metres without connections and penetrations," Steve Guarino tells us. This included the construction of the three cooling towers as well as the base of the 124-metre-high spire, which sits in the middle of the roof and tapers upwards. In addition, there are vent pipes, drains and piping of various types, tops, drains, heating-ventilation-air conditioning systems, boxes, screws, nuts, bolts and the construction of the top. The Jobin Organisation worked continuously with a team of 15 to 20 workers.

Work began in mid-June 2014 and ended in mid-October. At an altitude of over 400 metres, the weather is always good for surprises. On days when it was cloudy below, there was fog above. If it was foggy below, it was rainy above. Only the heat was more bearable. There was no oppressively hot weather upstairs. A serious challenge of waterproofing at high altitude is getting the material onto the roof in the first place. Steve Guarino: "Our advantage was that KEMPEROL® application does not require heavy equipment. The heaviest tool we used was a hand mixer for the resin. The climb up to the heights could take up to two hours on working days, so we used to bring up material for the coming week via the lifts at the weekend."

Employees of the American subsidiary of KEMPER SYSTEM were on site every week to inspect the KEMPEROL ® processing and provide support. In addition, the work progress was photographed every day and the A/E/C management team was kept informed in detail. Daily morning meetings with the management ensured that all work went smoothly and according to plan. To ensure this, continuous coordination of work with other trades was essential. When tradesmen were working on the cooling towers, for example, they had to keep checking to make sure that no moisture got onto the concrete substrate and that it was dry enough for waterproofing. In the meantime, the construction of the skyscraper has been completed. After almost ten years of construction, the 3.9 billion dollar One World Trade Center (1 WTC) opened its doors in 2014. 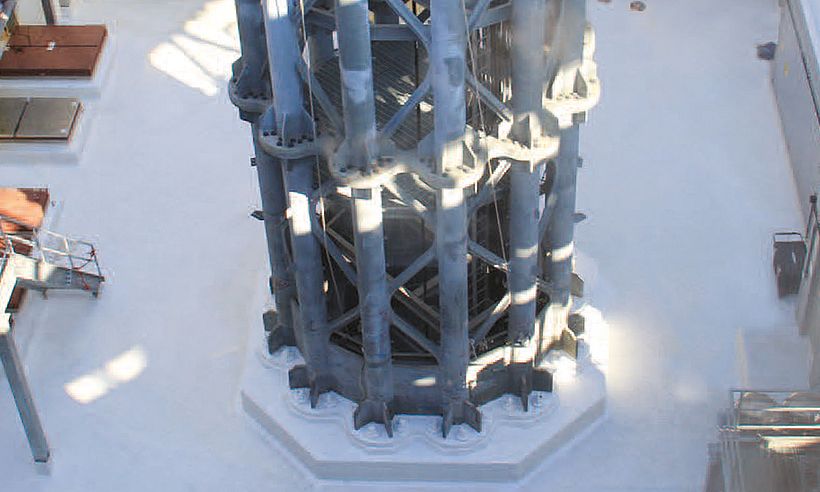 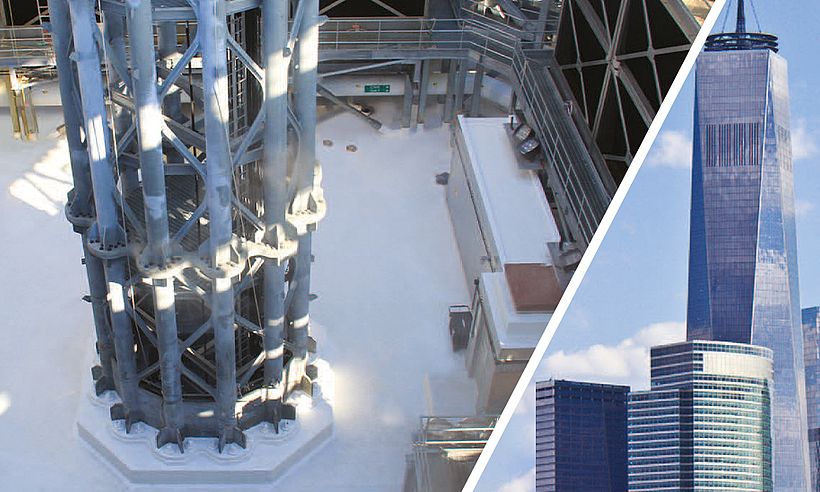 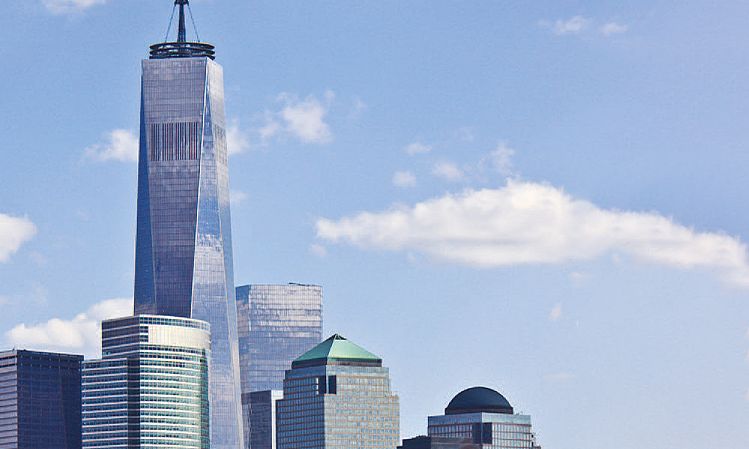 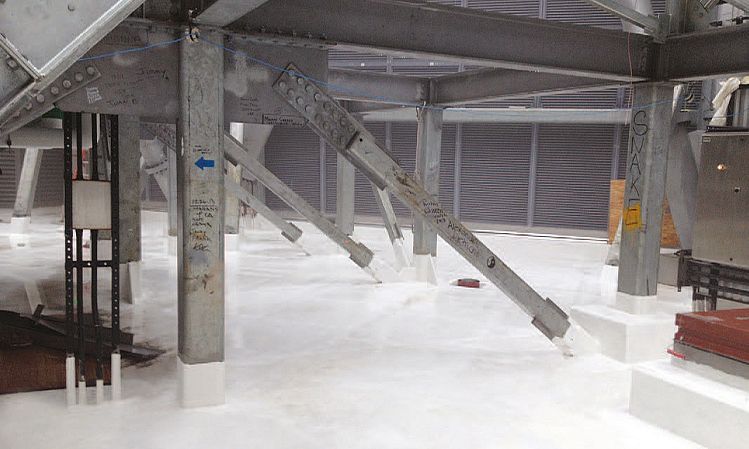