The new Städel Museum in Frankfurt am Main

The basic idea was compelling right from the very outset: In 2008, schneider+schumacher won the international competition to extend the Städel Museum in Frankfurt/Main by placing the new building below the museum’s garden instead of simply adding yet another above-ground wing to the existing ensemble of buildings. The opening of the approximately 3,000 m² exhibition space in which the museum presents contemporary works of art took place at the end of February 2012. The spectacular new building – an underground art gallery in the garden, visible from the outside through a dome-like bulge and 195 circular skylights – has been attracting enormous public and media attention to the Städel Museum ever since.

Architecture creates a stage for art

The Städel Museum, located in a prominent position on the Museumsufer in Frankfurt, is one of the most important museums in Germany and repeatedly attracts interest through wonderful art, major exhibitions and big names. In 1815, Johann Friedrich Städel, a banker, spice merchant and patron of the arts, laid the foundation for the museum by bequeathing his art collection and fortune to the citizens of Frankfurt. The tradition of contributing to civil society is maintained by the museum to this day.

The €34m newbuild, which, on the whole has meet with public approval, was financed to equal degrees from private and public funds.   What schumacher + schneider achieved is exceptional. Their architectural masterpiece pays homage to art and has created a unique space for art lovers.

A green roof with “eyes for art”

Inside, the all-white exhibition rooms are dominated by the elegantly shaped dome, which spans the entire exhibition space. The reinforced concrete structure, which is supported by just twelve reinforced concrete columns and the surrounding outer walls, rises to a height of 8.2 m at the highest point of the dome. The inside is illuminated by the round skylights which are evenly space across the entire ceiling. The skylights varying in diameters from 1.5 to 2.5 m flood the space below with natural light and form a captivating pattern of light in the garden at night. Outside, the underground space presents itself primarily through the curved roof slab with its “eyes for art” specially developed for the Städel Museum extension. The portholes that punctuate the concrete slab create the impression of a work of art. The architecture accentuates the art contained therein while being considered an art object in its own right. The domed green roof also doubles up as a fully accessible garden. The geometry of the 195 round skylights which punctuate the roof surface is difficult to waterproof, which is why the architects decided to use liquid applied waterproofing right from the start. Odourless and solvent-free KEMPEROL® 2K-PUR was used, which helps to eliminate emissions during application.

PB Flachdachbau, a long-standing, experienced KEMPEROL ® partner, was responsible for waterproofing, which was completed between September 2010 and September 2011. Company owner Jürgen Bartmuß refused to be deterred by set-backs in the overall planning. Due to delays, the round skylight domes were finally waterproofed between mid-December 2010 and early April 2011. Jürgen Bartmuß simply saw this as a logistical challenge and remembered the favourite saying of all outdoor fans: There is no such thing as bad weather, just bad clothing. He therefore decided to “dress” the Städel Museum construction site appropriately in accordance with the weather conditions and had heated tents installed. While the temperatures outside dipped down to -15°C, the waterproofing team worked their way through the warm interior section by section. In the first step, the surfaces between the square skylight dome bases were either sanded or blasted depending on their condition. The contractors then applied solvent-free KEMPERTEC® EP5 Primer to the entire concrete substrate. The epoxy resin-based product can be applied in ambient temperatures as low as 5°C. As with all KEMPERTEC® Primers, the residual moisture in the concrete substrate must not exceed 5% in the upper 2 cm. In order to prevent a separating film forming on the surface, care must be taken not to fall below the dew point. During application, the surface temperature must be 3K above the dew point.

The subsequent KEMPEROL 2K-PUR Waterproofing is an odourless and solvent-free liquid applied waterproofing system based on reactive resins and developed for the most demanding waterproofing projects. The product can be processed easily even in sensitive application areas that remain open to the public, as no chemical emissions are produced. The waterproofing is tested to ETAG 005 and comes with W3 classification and a service life of 25 years. KEMPEROL 2K-PUR is resistant to root penetration according to FLL guidelines. While the new extension was being built, extensive renovation work was carried out on the existing building. In order to guarantee the highest level of safety, all the connections and details were also waterproofed with KEMPEROL. 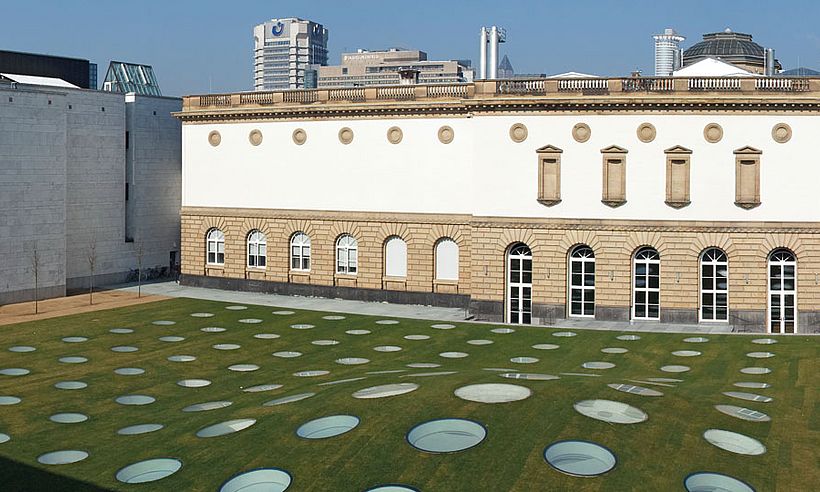 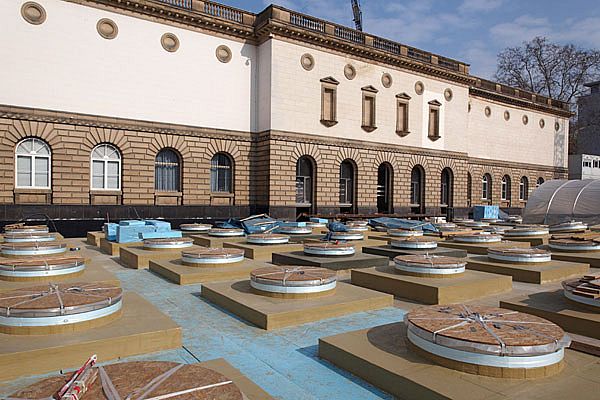 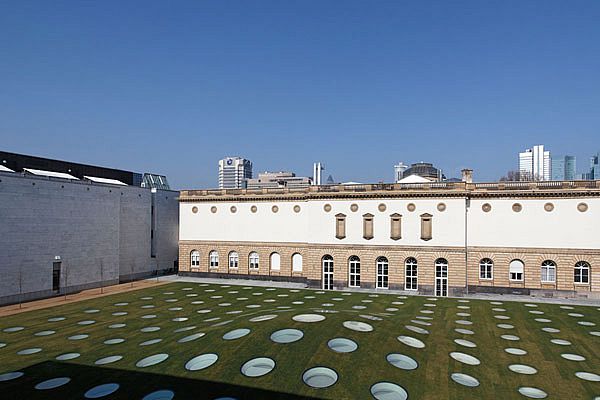 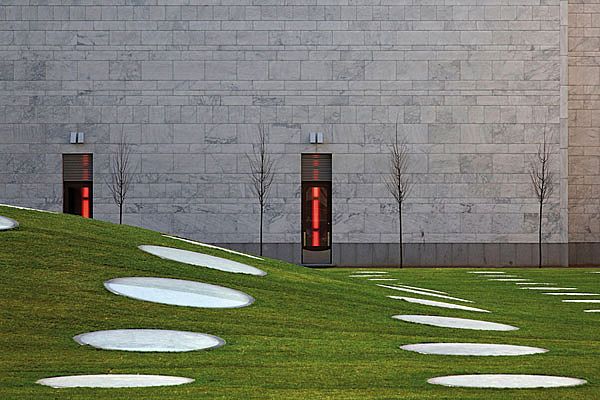 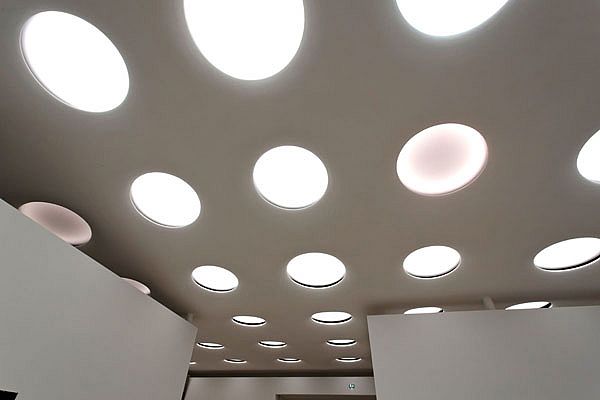 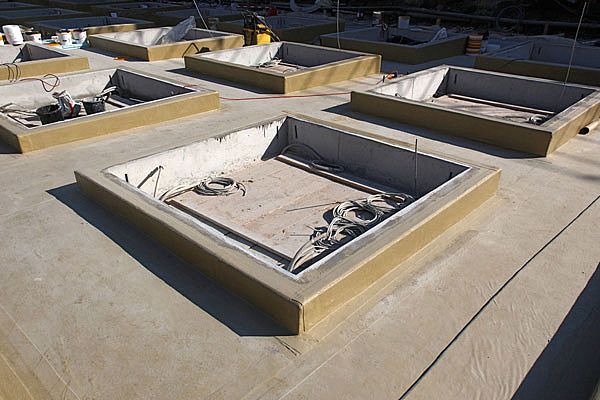 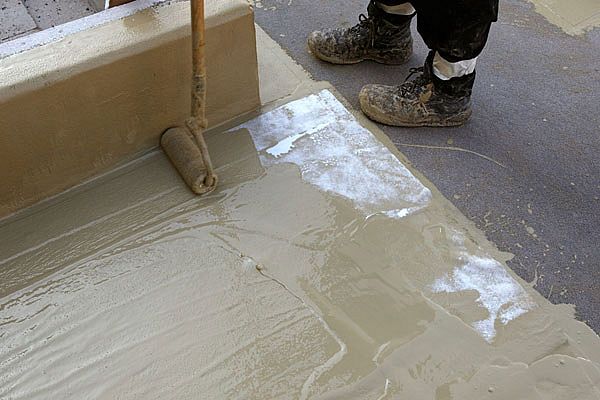 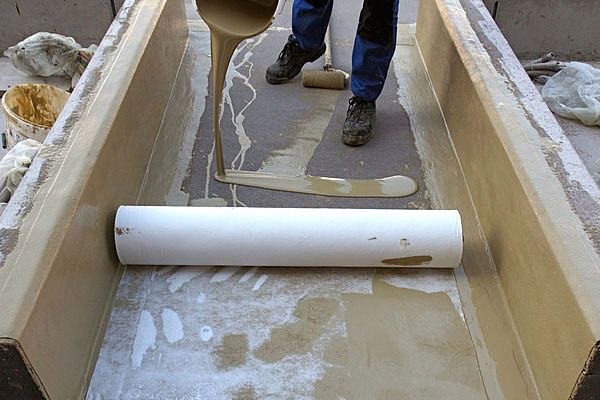 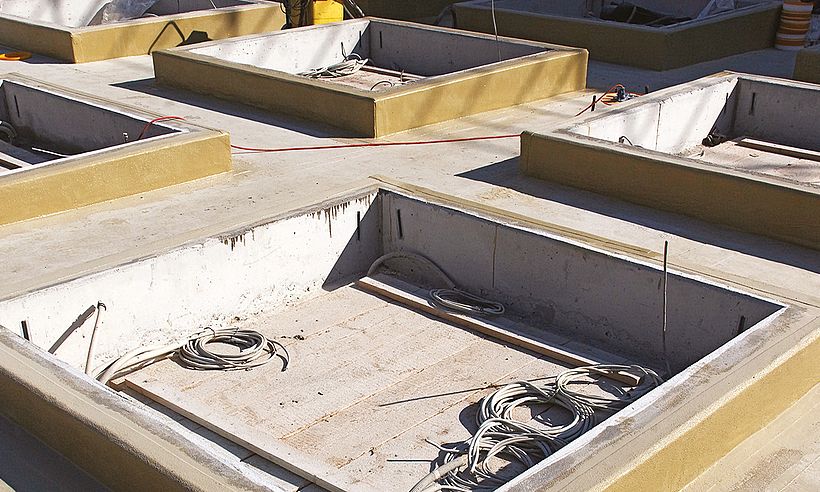 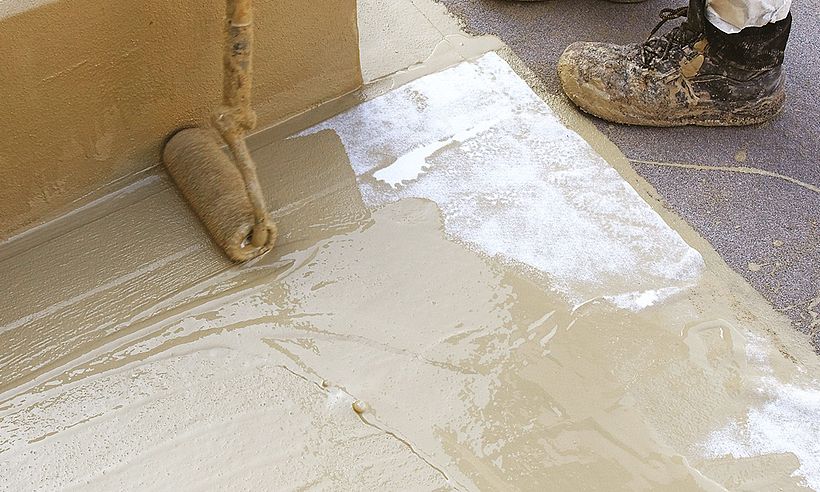 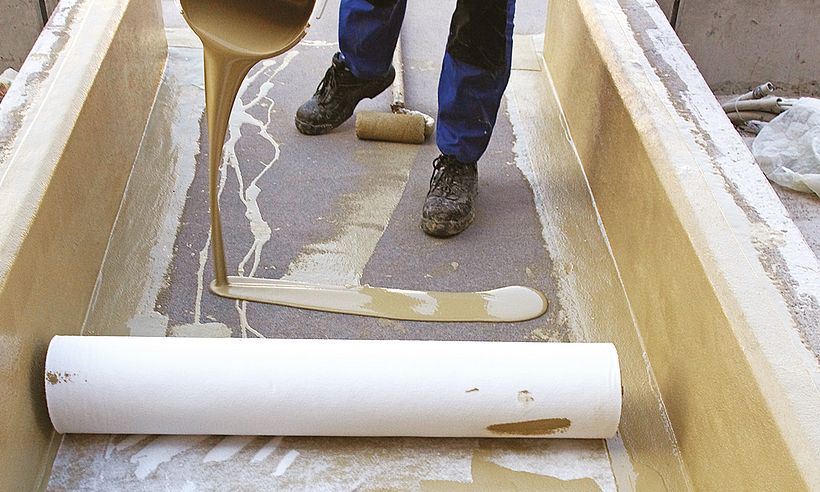 The new Städel Museum in Frankfurt am Main