Guildhall Library - reference library specialising in the history of London

Guildhall Library, a reference library specialising in the history of London, has a collection of more than 200,000 printed books dating from the 15th to the 21st centuries. The public institution is part of the Guildhall, a complex of buildings originally dating from the first half of the 15th century, which has grown over time. The London Guildhall represented the city’s centre of civic power for several centuries and is located in the City of London, the famous financial district of the UK capital.<br/>

After a roof area on the modern west wing had already been successfully refurbished with Kemperol, the choice fell once again on the liquid synthetic waterproofing material when the roof area on the Guildhall Business Library had to be re-treated. In both cases, the client opted for the odourless Kemperol 2K-PUR, as the solvent-free product variant allows application without the risk of odour emissions that would have disturbed employees or visitors. The requirement for the contractor, A&L Roofing Services, was to complete the project within six weeks. The library was to remain fully functional and accessible to visitors throughout the entire period.

The special challenge here was the significant amount of detailing. Fifty-six pyramid-shaped skylights are arranged close to each other in the middle of the 300 m² flat roof above the reading room. Kemperol makes it possible to accurately model the upstands and drainage channels between the pyramids, which are arranged very close to each other, and to integrate them into the seamless surface waterproofing.

“Keeping the library open during the six weeks meant leaving the old lighting elements on site until the work was done. We were only able to replace them with new pyramid elements at the end,” explains Lee Lane from A&L Roofing Services. “It was a very demanding project for which only a liquid applied waterproofing system was a suitable solution. Since only a liquid synthetic waterproofing material adapts exactly to the contours of the roof.”

Sustainability as an extra bonus

The asphalt substrate demonstrated bubbles and cracks; the contractors thus began with a thorough cleaning and repair of the roof surface. Subsequently, they primed the surface with Kempertec Primer. This ensures optimum adhesion of Kemperol 2K-PUR waterproofing to the old asphalt substrate. The seamless waterproofing is UV stable, permanently elastic and tear resistant and bonds fully with the substrate across the entire surface after the curing phase.

Kemperol 2K-PUR is a sustainable product. Eighty percent of the utilised resins are made from renewable raw materials (Ricinus communis, tropical castor oil plant). The fleece is made from twenty-five percent of recycled plastic bottles and can be cut to size and shape quickly on site. This fact and the fact that Kemperol 2K-PUR is solvent free and odourless played a decisive role in the material being chosen. The “extra bonus” ensured that the refurbishment was in line with the City of London’s sustainability agenda. 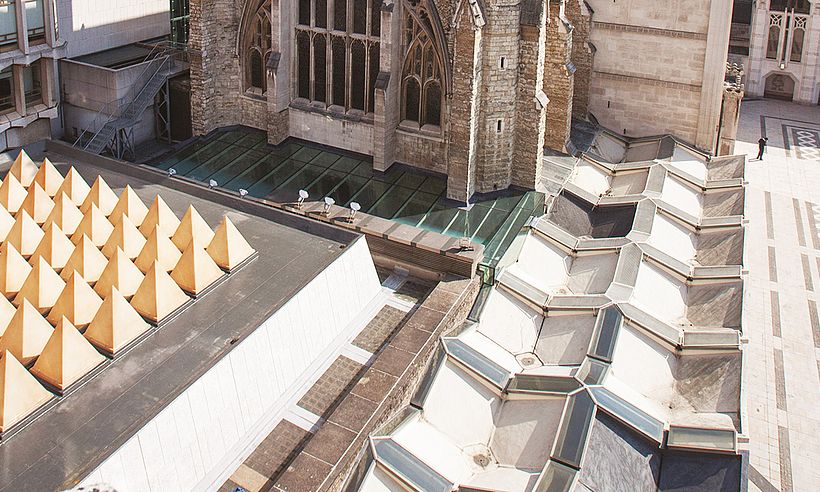 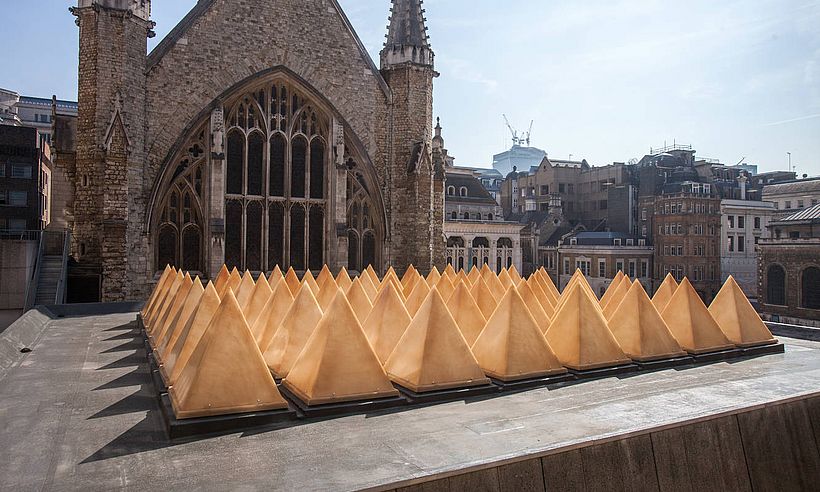 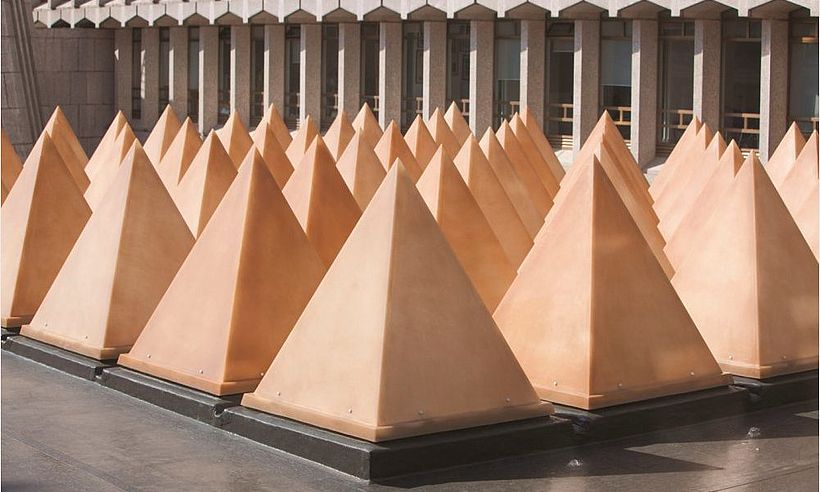 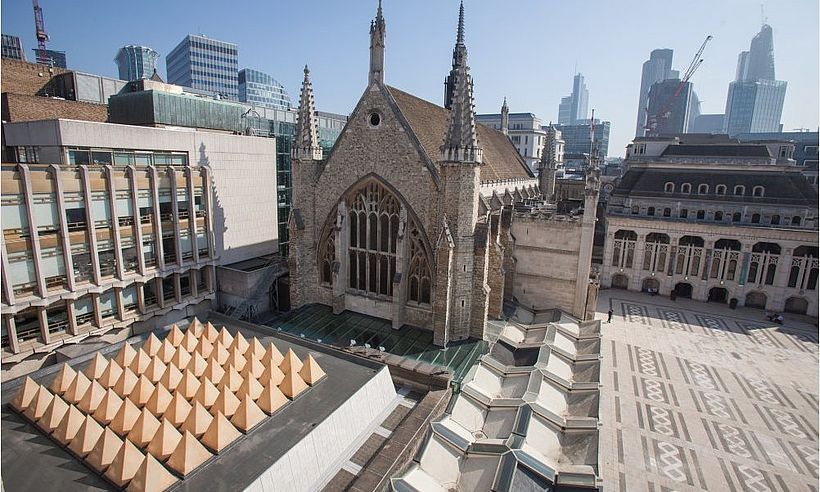 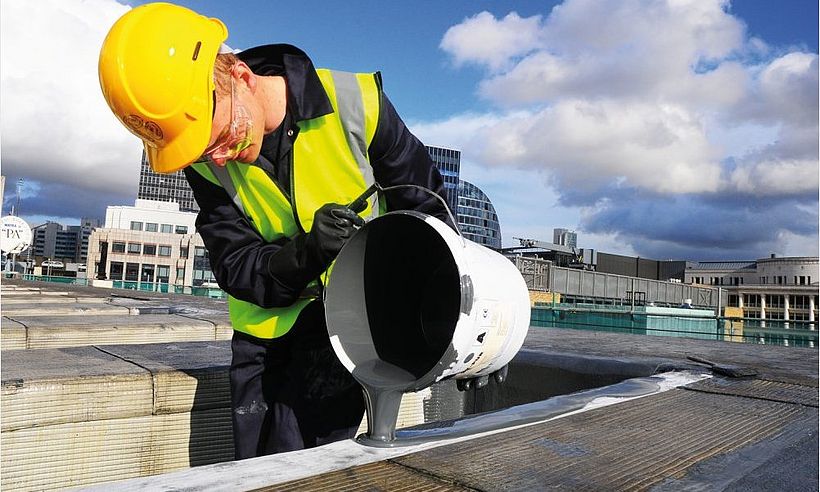 Guildhall Library - reference library specialising in the history of London

Client: The City of London Corporation